Odell Greenleaf Harris, Jr. died Tuesday, October 15, 2019 at Sentara Norfolk General Hospital. He was born in Henderson, NC to the late Reverend Odell G. Harris, Sr., who was an Episcopal priest, and Lizzie Henderson Harris. Odell was raised in Petersburg, VA and attended St. Augustine College in Raleigh, NC where he met his first wife, Emma Louise. His undergraduate education was interrupted when he was drafted into the United States military. He served in the Air force for four years including a tour of duty in the Korean War. After his military service, he completed his undergraduate studies majoring in elementary education at Elizabeth City State Teachers College. He received a master’s degree in education from East Carolina University.

He began his teaching career at Bank Street Elementary School as a sixth-grade teacher. Following integration of the school system he was assigned to Sheep Harney Elementary School. Odell led a life devoted to education. He finished his thirty-two-year career in education as an assistant principal at Elizabeth City Junior High School. He was known for his patience, support, and compassion for children and teens. He was loved and respected by students, staff, and colleagues. He recently was asked how to summarize his career in a few words and he simply said, “I did the best that I could to help my students turn out to be something.”

His life of service extended beyond the classroom and went into the community. He helped to integrate the Elizabeth City Fire Department as a volunteer firefighter. He was the last surviving member of the Hook and Ladder African American volunteer fire company. He served on Friends of the Court as an advocate for wayward minors, and the City/County Board of Zoning Adjustment for thirty years including board chairman. He was a Mason and a lifelong member of Omega Psi Phi Fraternity with one of its major tenets being “uplift.” He was also a lay reader at St. Philips Episcopal church prior the merger of the congregation into Christ Episcopal Church.

Odell loved his family. He was predeceased by his first wife of forty years, Emma Louise; his sister, Marion Elizabeth Harris Perry of Austin, TX; sister-in-law, Darell Wagner; and his parents. He has been happily remarried to his current wife and best friend, Connie, for twenty-three years. He was so proud of the accomplishment that his family made through education and lives of service. In addition to his wife, he is survived by his son, Charles O. Harris, MD; daughter-in-law, Dianne Scott Harris, MD; grandsons, Matthew Harris, electrical and sound engineer, and Benjamin Harris, MD MPH and wife Julie DeCosta Harris, MD MPH; great-grandson, Benjamin Jr. “Benji;” nieces and their husbands, Dr. Carol and retired US Army General Vincent Brooks, Robin and Donald Sirles, Susan and Stephen Wright and their children; aunt Eunice Bobo of Bronx, NY; brother-in-law, Gary and his two children; and extended family and friends.

We, the family, all hope to make a difference during our short journey on earth and we truly feel Odell did just that. He will forever be known for his kindness, compassion, love of children, and his care and concern for others.

Offer Condolence for the family of Odell G. Harris, Jr. 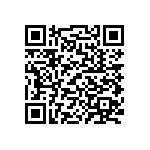