Twiford Funeral Homes, LLC, along with Veterans Funeral Care Network, proudly sponsored “Operation Toy Soldier” for the 7th consecutive holiday season. This nationwide initiative is designed to provide toys to the children of deployed and non-deployed soldiers in our local area.

We would like to extend our most sincere gratitude and appreciation to everyone throughout Dare, Currituck, Pasquotank, Camden, and Perquimans Counties who supported our 2019 Operation Toy Soldier campaign. Because of you, we were able to donate over 1,900 toys to local military children, making this year’s contribution our largest to date! 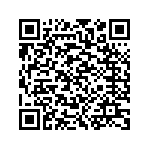