Patricia Swindell Griffin was born September 19, 1940, to the late John Harold and Janie Cutrell Swindell; she was born again on March 31, 1960, at the Mt. Pleasant Christian Church, Greenville, NC. She passed away peaceably on October 23, 2020, at home after a ten-year battle with carcinoid cancer.

She and her husband met in the first grade, where he proposed. Sixteen years later they were married on June 9, 1962. She had completed her degree in home economics from East Carolina University with plans to be a home economics teacher. However, when she knew that she and Bill were returning to his alma mater, Roanoke Bible College (now Mid-Atlantic Christian University) and that the institution was in need of a librarian, she changed her career plans and began her work on a degree in library science. She earned her Master of Library Science in 1976 and served as director of the library from 1963 to 2004. During this period she also taught several classes, particularly in Christian education, as well as conducting workshops on church libraries in many congregations. She mothered the RBC/MACU teacher education program. She retired in 2006.

She facilitated the library’s change from card catalog to digital searching. She also designed the new library facility in the Blanton Center and executed the move to the new location. She said that every mistake in the library was hers, but when a regional accrediting team did not find any problems or even make any recommendations for the library, she stated, “I didn’t plan for them to.” She was active in the Association of Christian Librarians and upon her retirement was awarded a lifetime membership.

From 1963 to 1986 she accompanied her husband on weekend ministries to rural congregations, always working with the young people and often playing the piano. Once Bill became President of RBC, she became the exemplary first lady, opening her home (as she had done for many years) to hundreds of guests and traveling over much of the Eastern United States representing the college for twenty years.

Later she taught Sunday School and oversaw the library at the Towne South Church of Christ, of which she was a charter member.

In addition to the work with the college and churches, she was also the model mother and grandmother. She never missed anything in which her two children were involved. And, following in the footsteps of her paternal grandmother who had so richly blessed her life, she poured herself into her six grandchildren.

She always had that friendly smile, that warm hug, that open door, that positive outlook, those encouraging words, that desire to follow and serve the Lord.

She is survived by her husband of fifty-eight years, Bill Griffin of the home; her children, Mark Griffin (Susan) of Palm City, FL, and Carol Flowers (Danny) of Elizabeth City; her grandchildren, Kristen Simpson (Nathaniel) of Elizabeth City, Cassidy Queen (Drew) of Greenville, NC, and Colton, Cannon, and Cricket Griffin of Palm City, FL; and her sister, Cindy Bordeaux of Holly Springs, NC. In addition, she and Bill also claimed as sons three RBC alumni: the late David Brothers (Ivy), Eddie Lowen (Sharon), and Jonathan Snoots (Melissa). There were numerous other RBC alumni whom she mentored and mothered. In addition to her parents and grandparents, she was preceded in death by her grandson, Jake Griffin, and brother-in-law, Floyd Bordeaux.

Special thanks to two caregivers, Becky Price and Celestine Williams, as well as to Albemarle Hospice and Homecare (Liz Cowell and others) for their loving care over the last few months.

Services at Towne South Church of Christ: Prayers for and visitation with the family, Friday evening, October 30, from 7:00 to 8:30 p.m., and celebration of her life, Saturday, October 31, at 11 a.m. officiated by Minister Brad Giffin. Memorial gifts may be made to Towne South Church of Christ Building Fund, 2248 Peartree Rd., Elizabeth City, NC 27909 (or online at www.tscoc.com).

Offer Condolence for the family of Patricia Swindell Griffin 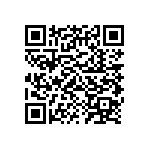