Paul Eldon Ledbetter, 68, of Camden, NC, died Sunday, October 13, 2019, at his residence. He was born in Gary, IN on October 2, 1951 to the late Richard Lee Ledbetter, Sr. and Elaine Davis Ledbetter. Mr. Ledbetter retired as a Chief Petty Officer after 30 years of military service, having served in the US Marine Corps and later in the US Coast Guard. Paul served as the Commander for local American Legion Posts, most recently Post #531 in Moyock. He also served as a District Commander for the American Legion. Paul was instrumental in fundraising for many causes. His most meaningful was raising money and awareness for local children that are fighting cancer. Paul was a cornerstone for so many events, including the Police Athletic League (P.A.L.’s Gym), the Fraternal Order of Police and CPOA. Paul routinely manned the grill and took on many of the responsibilities of setting up and cleaning up for fundraisers. Always in the background, rarely did you see him get credit and never did he give himself credit for the outstanding work he did. Paul was a driving force behind establishing the newest Legion Riders group for the Legion Post #531 and was proud to be a Charter Member. Paul often stood Flag lines with the Patriot Guard Riders and would travel far and wide to bear silent witness and honor the fallen.

A Service of Remembrance will be held Friday, October 18, 2019 at 10:00 a.m. at Twiford Memorial Chapel, officiated by the Rev. F. Joe Griffith. Military Honors will follow in the S.A. Twiford Veterans Park conducted by the V.F.W. Post #6060 and the NC Patriot Guard Riders. Paul’s cremated remains will be entombed in the Vietnam Conflict Wall at Arlington National Cemetery on March 3, 2020 at 11:00 a.m. The family suggests in lieu of flowers, memorial donations be made to the Camden Charitable Foundation, Inc., P.O. Box 112, Camden, NC 27921 or www.camdennccharitablefoundation.com. Twiford Funeral Homes, 405 East Church Street Elizabeth City, NC 27909 is assisting the Ledbetter family. Online memorial condolences may be sent to the family at www.TwifordFH.com.

Offer Condolence for the family of Paul Eldon Ledbetter 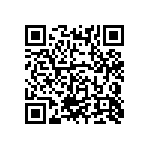