Paul Venery, 83, of Soundside Drive, Hertford, NC died Thursday, June 6, 2019 at his home. Born in Mingo County, WV to the late Antonio Venery and Alice Farley Venery, he was the husband of Betty Lou Holmes Venery.

A private celebration of life will be held at a later date. Twiford Funeral Home, 405 East Church Street, Elizabeth City, NC is assisting the Venery family. Online memorial condolences may be sent to the family at www.TwifordFH.com.

Offer Condolence for the family of Paul Venery 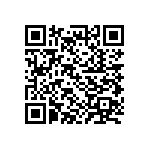