A native of Manns Harbor, she was the daughter of the late Margaret Gibbs Gard and Alton E. Gard, Sr.

Rachel was a member of Mount Carmel United Methodist Women.

The family will hold a private service at a later date.

To plant a tree in memory of Rachel or send flowers to the family, please visit www.TwifordFH.com/send-flowers.

Offer Condolence for the family of Rachel Gard Twiddy 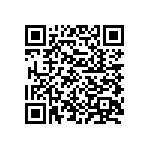