On Tuesday, February 10, 2015 Raymond Wallace Fisher, 88, of Nags Head, NC crossed over to a better place. He was predeceased by his parents, Ross and Annie Fisher; his brothers, Edwin Ross and James Milton; a sister, Mildred Anne; and his first wife, Shirley.

Raymond was born and raised in Washington, DC. He worked 36 years at Chestnut Farms/Sealtest Dairy as a milkman. He was also a member of American Legion Post 130 in Falls Church, Virginia.

The family would especially like to thank his caregivers at Spring Arbor Assisted Living and Dare County Home Health and Hospice.

A visitation will be held in Falls Church, Virginia with burial at Cedar Hill Cemetery in Suitland, Maryland.

Twiford Funeral Home, Manteo is assisting the family with local arrangements. Condolences may be expressed to the family at www.twifordfh.com.

Offer Condolence for the family of Raymond W. Fisher 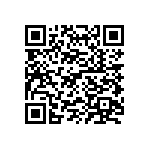