Born in Creswell, NC on March 27, 1941, he was the son of the late Patsy Ward Twiddy and Jesse Seton Twiddy, Sr.

In addition to his parents, Richard was preceded in death by a daughter, Nova Lea Twiddy.

A memorial service will be held in the future.

Offer Condolence for the family of Richard Andrew Twiddy 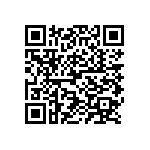