“The incredibly good looking and talented”, as he would describe himself, Richard “Buzz” Bessette of Powells Point, NC passed away on June 21, 2020 at the age of 66. Born in El Paso, Texas to Richard Bessette and the late Georgia Lee Bessette, Buzz came from a long line of exceptional musicians. It was his destiny to become one of the greats. He began his career in 1971, fresh out of high school and filled with dreams, he started jamming with the east coast rockers Helicopter. During the 70’s he performed with such acts as George and the Diminished 5th, Dawn of Atlantis show band and the 50’s rockers, The Stingrays. In the late 70’s, Buzz decided to diversify his musical style and performed with East Coast Express Jazz Band in the legendary Orion’s Roof Club in Virginia Beach, Virginia. In 1980 he met Ramses Lewis who advised him to study classical to continue to improve in technique and style. Early in 1981, he began studying classical piano under the guidance of Ila Bovee. Ila became one of his greatest influencers and someone he admired dearly. That same year Buzz got his first house gig with the show and dance band Nite Life Review in Virginia Beach’s Tom’s Tiki Tai Club where he performed as music director and keyboardist and also performed jazz as a solo act before the shows. In 1984, following in the footsteps of his father Dick, Buzz got invited to come to the Outer Banks to perform as a solo act at the Sea Ranch in Kill Devil Hills. He remained a true lounge lizard there for an astonishing 16 years and performed over 4500 shows. Following his years at the Sea Ranch, Buzz played with local bands: The Crowd and The Bellhops. He also played piano and was the musical director at Mighty Wind United Methodist Church and played with the Outer Banks Music Showcase. He was a man of many talents and an entire book could be written about his musical career alone. Buzz met many people throughout his years of playing, and each one will tell you just how incredible he was.

Apart from his love of music, women, and the Dallas Cowboys, Buzz had the biggest love for his family. He was preceded in death by his mother, Georgia Lee Bessette. He is survived by his father, Richard “Dick” Bessette of Cape Coral, FL, son Ricky Bessette and wife Hazel of Suffolk, VA, daughter Lindsay Epstein and husband Kevin of Gloucester, VA, brother Bob Bessette and wife Debby of Hampton, VA, sisters Janet Zapolski, Linda Martinez, and Tracy Luna of Powells Point, NC, and many nieces, nephews, and cousins. His legacy will live on through his 3 grandchildren who adored their “Pops”: Leah, Elias and Benjamin Epstein.

In true Buzz form, instead of a traditional service, he wanted a party to celebrate his life. A party with great music, good food, and all of his family and friends reminiscing about his wonderful time spent on earth. Because of today’s pandemic, a celebration date and location will be announced at a later time.

As Buzz would say, “Thank you, thank you very much.”

Offer Condolence for the family of Richard “Buzz” Bessette 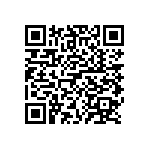