Richard Carlton Harris, age 93, of Upton Road, Camden, NC died Saturday, January 11, 2020 in the Currituck Health & Rehabilitation Center. A lifelong resident of Camden County, he was born July 5, 1926 to the late Hersey Harris and Elizabeth Pugh Harris and was the husband of sixty-eight years of the late Louise Whaley Harris. He served his country honorably in the US Army during World War II and the Korean War. After his service he made his career in the automotive industry as an inspector. He was a member of The First Baptist Church and served in many capacities including deacon. He was a member of the American Legion and the Cosmopolitan Club where he was a past president. He was a Mason and Shriner as a member of the Widows Son Lodge 75 AF & AM, New Bern Scottish Rites Consistory # 3, Sudan Temple and Eastern Star.

A memorial service with military honors will be held at 11:00 a.m. on Thursday, January 16, 2020 at The First Baptist Church, officiated by the Rev. Paul Batson. Memorial donations may be made to The First Baptist Church, 300 West Main Street, Elizabeth City, NC 27909. Twiford Funeral Home, 405 East Church Street, Elizabeth City, NC is assisting the Harris family. Online memorial condolences may be sent to the family at www.TwifordFH.com.

Offer Condolence for the family of Richard Carlton Harris 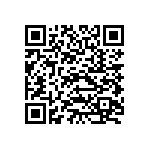