Richard “Dick” Anthony Dickenson, age 67, of 1107 Reid Drive, Elizabeth City, NC died Thursday, June 25, 2015 at Sentara Norfolk General Hospital. He was born in 1948 in Portsmouth, Virginia to the late John Tivis Dickenson III and Edith Tribble Dickenson and was the husband of Jennifer Austin Dickenson. Richard and Jennifer had over thirty-four wonderful years together. Mr. Dickenson loved to fish; worked as a skilled brick mason for over forty years and served his country in the US Marine Corps.

Family and friends will gather at the residence on Sunday, June 28, 2015 at 2:00 p.m. In lieu of flowers, memorial donations may be made to Dickenson Funeral Fund, Towne Bank, 178 US 158 W, Camden, NC 27921 to help the Dickenson family. The Dickenson family is served by Twiford Funeral Home, Memorial Chapel, 405 E. Church Street, Elizabeth City, NC. Online memorial condolences may be expressed to the family at https://www.twifordfh.com.

Offer Condolence for the family of Richard Dickenson 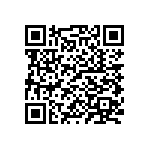