Richard Frederick Ratzlaff has been a licensed funeral director for fourteen years and in the funeral service industry for twenty-two years.  He joined the firm in 2016.  Richard is a 1979 graduate of Andress High School in El Paso, TX and received his certification as a funeral director from Fayetteville Technical College in 2002.  He served thirteen and a half years in the US Air Force from 1979 to 1992 and is a Gulf War Veteran.  He is a member of Open Door Church in Bertie County, NC and served as a deacon.  He is married with four children, three grandchildren, and one great-grandchild. 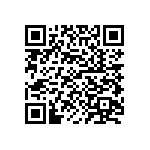