Richard Theodore Maier, Jr., 80, of Hertford, NC died Sunday, October 6, 2019 at his residence. He was born March 26, 1939 in Cincinnati, OH to the late Richard Theodore Maier, Sr. and Florence Elizabeth Schwarz Maier and was the widower of Ellen-Jeanne Schuld Maier. After graduating high school, he moved from Cincinnati to Island Heights, NJ. On April 15, 1961 he married Ellen-Jean Schuld.

Richard had a long and successful career in the manufacturing and flavor/fragrance industry in NJ, SC, and NC before creating his own business in 2012. He was a member of the East Dover Fire Company for many years before moving with his wife Ellen and children to Summerville, SC and eventually on to Hertford, NC where he worked as a consultant and enjoyed living on the water and growing flowers in his gardens.

A funeral service will be held Friday, October 11, 2019 at Anderson and Campbell Funeral Home, Toms River, NJ with burial to follow afterwards. The family will receive friends on Thursday from 5:00 to 9:00 pm at Anderson and Campbell Funeral Home. Twiford Funeral Home, Memorial Chapel, 405 East Church Street, Elizabeth City, NC is assisting the Maier family. You may express condolences to the family by visiting www.TwifordFH.com.

Offer Condolence for the family of Richard Theodore Maier, Jr. 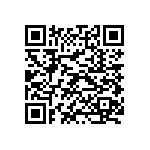