Mr. Thomson was a retired Senior International Travel Counselor for AAA of New York and served as organist for Grace Lutheran Church By the Sea for 19 years. He was also the former organist for St. Andrews By-the-Sea Episcopal Church and Holy Redeemer Catholic Church. Mr. Thomson was a graduate of Bates College in Lewiston, ME and Nashotah House Episcopal Theological Seminary in Nashotah, WI, former Chaplain and past Dean of the N.E.N.C. Chapter of American Guild of Organists, and a member of St. Ignatious Episcopal Church and a vestryman for a number of years.

A funeral service will be conducted on Sunday, February 13, 2005 at 4:00 PM at Grace Lutheran Church By The Sea by the Rev. Albert Isler and the Rev. Charles Gill. Visitation will begin one hour prior to the service at the church. Interment will be at Ferncliff Cemetery in Hartsdale, NY. In lieu of flowers, memorial donations may be made to the Grace Lutheran Remembrance Fund, P.O. Box 1356, Nags Head, NC 27959. Twiford’s Colony Chapel, Manteo, NC is in charge of arrangements.

Offer Condolence for the family of Richard Thomson 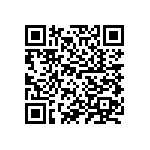