Richard O’dell Tillett, 62, of Manns Harbor, NC died on Monday, January 19, 2015 at his home. Born in Tyrrell County, he was the son of the late Willis O’dell Tillett and Naomi Beatrice Mann Tillett. Mr. Tillett worked as a commercial fisherman.

Richard is survived by his wife, Linda Basnight Tillett; a daughter, Charlene Tillett of Virginia; a granddaughter, Madison Brooke; and a sister, Ramona Merritt and husband, Richard of Baldwin, WI. Along with his parents, he is preceded in death by a brother, Willis “Bud” Tillett; and two sisters, Virginia Eason and Mary Agnes Midgett.

A funeral service will be held on Friday, January 23, 2015 at 2:00 pm at Twiford Funeral Home, Manteo. The family will receive friends and relatives one hour prior to the service at the funeral home. Burial will take place at Mt. Carmel United Methodist Church Cemetery. In lieu of flowers, memorial donations may be made to Twiford Funeral Home, PO Box 595, Manteo, NC 27954, to help with funeral expenses.

Offer Condolence for the family of Richard Tillett 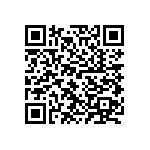