Robert Edwin Suermann, age 89, of Darian Dr. Elizabeth City, NC died on Thursday, January 7, 2021 at Sentara Albemarle Medical Center. Born in St. Louis, MO on January 26, 1931 to the late Edwin Henry Suermann and Florine Schneider Suermann, he was the husband of Patsy Stuart Suermann. Mr. Suermann served his country honorably with the U. S Marine Corps and was a Korean War veteran. He worked most of his career with Westinghouse Electric as an industrial engineer but also worked as a plant manager for IXL of Elizabeth City.

Offer Condolence for the family of Robert Edwin Suermann 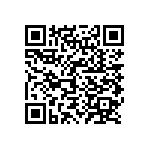