Born in Watertown, NY on April 22, 1924, he was the son of the late Dorothy Mason Chavoustie and Marcel Chavoustie.

Robert served his country honorably in the United States Army during World War II and the United States Navy in Korea. He was a parishioner of Holy Redeemer by the Sea Catholic Church and former member of the Knights of Columbus.

In addition to his parents, he was preceded in death by his son, Chris Marcel Chavoustie; two sisters, Mary Krukowski and Joyce Gosier; and one brother, Pete Chavoustie.

In keeping with Robert’s wishes, there will be no service at this time.

In lieu of flowers, memorial donations may be made to the Outer Banks Community Foundation, 13 Skyline Rd, Southern Shores, NC 27949 or online at obcf.org.

Offer Condolence for the family of Robert Marcel Chavoustie 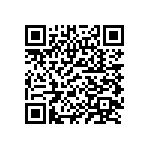