Robert “Jack” Scott Youngblood, age 90, of Elizabeth City died peacefully at his home on June 28, 2015 surrounded by his loving family. Jack was born in 1925 in Chicago, Illinois, to Marie Scott and William O. Youngblood and grew up in Michigan. He worked for several engineering firms in Virginia and also worked for the Boeing Aircraft Corporation in the ’50’s and ‘60’s in Seattle, WA and Washington, D.C. During his time with Boeing, Jack had the honor of working on the Apollo Tie Project from 1966-1969. He also proudly served in the US Merchant Marines, the US Navy, the US Naval Air Reserve and the US Army National Guard and was in World War II, The Korean War and the Vietnam Conflict.

Jack led a rich, full life and was a captivating storyteller who liked nothing better than to spin tales of his many adventures both at home and abroad. He loved traveling, sports, reading, history, politics and playing his harmonica, especially for his grandchildren. He was quick to debate and loved the challenge this often brought. Most of all, he loved his home and gardens, his family and friends and the life he and Pat created together.

We would like to thank family, friends, care givers and Albemarle Hospice for their support and compassionate end of life care.

Online memorial condolences may be expressed to the family at https://www.twifordfh.com

Offer Condolence for the family of Robert Youngblood 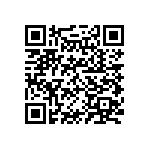