Born in Norfolk, VA on August 13, 1955, he was the son of the late Marjorie Austin Midgette Banks and John Riggs Midgette and stepfather, Robert Banks of Norfolk, VA.

Robin was a skilled carpenter and cabinet maker. Most importantly he was a wonderful and dedicated husband and father. Everything he did he did for his family. Robin was a kind and patient man who carried on such strength and wisdom to his family. He was talented far beyond his years; his wife would say ‘a jack of all trades’ and he would say ‘a master of none’. His amazing stories and love for adventure will be missed deeply. Rest assured, his legacy will live on in the hearts of his family and friends. He was indeed our Mighty Midgette. We will all miss him dearly.

In lieu of flowers, donations can be made to the Hatteras Island Cancer Foundation in honor of Robin Midgette (PO Box 442, Hatteras, NC 27943 or online at www.hicf.org).

Twiford Funeral Home, Outer Banks is assisting the family with arrangements. Condolences and memories can be shared at www.TwifordFH.com.

Offer Condolence for the family of Robin Dale Midgette 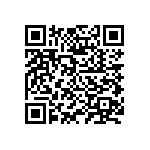