Ronald P. Davis, age 80, of Elizabeth City, NC was promoted to his new life in Heaven on Wednesday, November 17, 2021. Born in Elizabeth City, NC on June 29, 1941, he was the son of the late Carl Ray Davis and Hazel Payne Davis and was the husband of Nellie Mae Ferrell Davis. Mr. Davis was a member of the Evangelical Methodist Church since July 1967. He was chairman of the buildings and grounds for several years, served on the Board of Stewards, and helped with the bus ministry. Mr. Davis was a U. S. Army Veteran of the Vietnam War. He retired from the United States Postal Service with 31 years as a Letter Carrier. Mr. Davis loved to travel. His most treasured trip was visiting the Holy Land.
In addition to his wife Nellie Mae of sixty years, he is survived by one daughter, Rhonda Davis Simpson and husband Jimmy Simpson of Elizabeth City, NC; two grandsons, Derek Simpson and wife Tabitha of Elizabeth City, NC and Eric Simpson and wife Kendall of Greensboro, NC; four great-grandchildren, Kennedi, Hadleigh, Palmer and James Simpson; and two sisters, Lynda Davis Phthisic and Marie Davis Corbett (Wayne) of Elizabeth City, NC. Along with his parents, he was preceded in death by a sister, Edna Davis Thompson.
A graveside service will take place at 2:00 p.m. on Saturday, November 27, 2021 at West Lawn Memorial Park Cemetery. Twiford Funeral Home, 405 East Church Street, Elizabeth City, NC 27909 is serving the Davis family. Online memorial condolences may be sent to the family at www.TwifordFH.com. To plant a tree in memory of Mr. Davis or to send flowers to the family, please visit www.TwifordFH.com/send-flowers.

Offer Condolence for the family of Ronald P. Davis 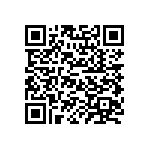