Rubelle Carter Baum, age 95, of Elizabeth City, NC died April 4, 2022 at her home. She was born February 16, 1927 to William Wesley Carter and Reva Riddick Carter in Pasquotank County. She graduated from Central High School as the salutatorian for the Class of 1943.

Rubelle will be remembered for her longevity working in the Belk’s Mens Department, her dedication to both Calvary and Corinth churches, and her talent for cooking 12-layer chocolate cakes. She was so proud that her cakes were enjoyed by many, including a Governor of Virginia!

A visitation will be held on Wednesday, April 6, 2022 from 6:00 – 8:00 p.m. at Twiford Memorial Chapel. A funeral service will be held at 11:00 a.m. on Thursday, April 7, 2022 at Corinth Baptist Church, 1035 US-17 South, Elizabeth City, NC 27909 with Pastor Greg Carr and the Rev. Don Carter officiating. Burial will be in West Lawn Memorial Park Cemetery. Twiford Funeral Home, 405 East Church Street, Elizabeth City, NC 27909 is serving the Baum family. Online memorial condolences may be sent to the family at www.TwifordFH.com. To plant a tree in memory of Mrs. Baum or to send flowers to the family, please visit www.TwifordFH.com/send-flowers.

Offer Condolence for the family of Rubelle Carter Baum 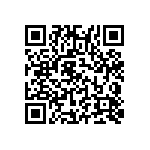