Samuel Arthur McPherson, III, age 77, of Davenport, Florida, laid down his tools and passed away April 16 after an 18-month battle with cancer.

Sam was born in 1944 to Samuel Arthur McPherson, Jr. and Doris Marie Spence of Elizabeth City, North Carolina. Sam, known as “Mac” to his family, was diligent and hard-working even as a boy. He developed an interest in carpentry and woodworking at an early age and took a part-time job in a local woodworking shop while in his teens. Over time, he would nurture this interest into a full-blown passion for DIY, remodeling, and construction.

After graduating from Elizabeth City High School in 1962, Sam initially attended the College of the Albemarle and later transferred to North Carolina Wesleyan College. While working at the campus bookstore, Sam met Judith Anne Hampton when she tried to fix him up on a blind date with one of her friends. Luckily (for us), he declined the invitation, and the rest was history. They were married in 1965, and moved to Wilson, North Carolina to complete their degrees at Atlantic Christian College (now Barton College).

In 1966, Sam received his degree in mathematics and went to work for the Newport News Naval Shipyard; he also taught mathematics as an adjunct professor at Thomas Nelson Community College. In 1970 he took a contracting job with NASA which soon became a full-time position, kickstarting a 36-year career of faithful civil-service.

Sam was a man who valued dedication and hard work, making a name for himself as a problem-solver and expert in his field. However, he preferred to be defined by the work he did outside of the office and the time spent with family. He was not a man who liked to talk about work or bring his work troubles home… to this day, his sons are still not entirely sure what he did for a living.

Sam worked hard, but also played hard. He was a lover of RV and trailer camping, and an unrivaled champion of the driveway trailer-backing slalom. He and Judi traveled to nearly every corner of America, but his love of the Old West, country music, and rodeo called him back frequently to some of his favorite places like Cody, Wyoming. Ultimately, Sam loved exploring parts unknown and was equally comfortable at the helm of an RV, a Boston Whaler, a pontoon boat, or simply strolling along the deck of whichever cruise liner was the latest-and-greatest to be christened.

At the end of a hard day of work …or play… Sam loved nothing better than relaxing in his recliner in front of the television. He could be found in his favorite chair every night after dinner, with his legs up and the remote control resting comfortably in his lap… fast asleep. He was known far and wide for his ability to nod off at the drop of a hat. A fan of Andy Griffith and Gunsmoke, as well as NASCAR, PGA golf, and many others; he would watch all of these shows in five-minute increments between naps.

When not traveling the globe (or sawing logs in his recliner), Sam could almost always be found in the place he was truly most comfortable… the garage. On any given Saturday, he could be found in his natural element, up to his ankles in fresh sawdust with a pencil behind his ear, a tape measure sticking out of his back pocket, and (more than likely) his tongue sticking out the side of his mouth in concentration.

There was always some new renovation or upgrade requiring his attention and he always rose to the challenge. On those rare occasions where there was nothing to improve at home, Sam’s services were always highly sought after in the neighborhood, at church, and especially by his sons. He could diagnose problems over the phone as well as provide suggestions for how to improve upon an existing design… and he cherished every second of it.

Sam was a man who saw the potential in all things, from a vacant plot of land (perfect spot for a beach house) to a block of wood, and certainly within the people around him; he was always looking for the opportunity to help shape and craft those things into their best possible form.

Of his many accomplishments and memberships, Sam was always the most thankful for the opportunity to join and serve in the brotherhood of freemasonry. He was a long-time member of Eureka Lodge #317 AF & AM in Elizabeth City, NC where he rose in rank and became a Master Mason 1965.

Sam was a man of steadfast faith, who always embraced the ideals of Christian charity and love; the foundations of this faith were laid down in his youth as a member of First United Methodist Church in Elizabeth City, NC. After moving to Hampton, VA he became a member of St. Mark’s United Methodist Church, where he was active in Sunday School and the United Methodist Men’s ministry. After retirement, he frequently attended First Presbyterian Church in Haines City, FL while at home. Even when roaming the countryside in the RV he would still find time for fellowship; from campgrounds to community centers, he would join other travelers or local congregations wherever he found them.

He is survived by his wife Judi, his brother Allan (and wife Ann), his sons Scott (Lisa) and Steve (Ran), five grandchildren Demi, O.D., Devon, John Louis, and Kaitlin, his first great-grandchild Josie, and enough nieces, nephews, aunts, uncles, and cousins to fill a football stadium.

Never a fan of formal occasions, Sam has requested that we skip the funeral and jump straight to the fun part; instead of mourning his passing he asked that everyone do something to celebrate his life in whatever way seems best… grill up some burgers, go see a rodeo, back a trailer up the driveway, nap through an episode of Andy Griffith, or maybe just take a moment to stop and smell the sawdust!

For those insistent upon spending their hard-earned money, please consider a charitable contribution in lieu of flowers. Memorial contributions in memory of Sam may be made to the American Cancer Society, P.O. Box 22478, Oklahoma City, OK 73123.

Offer Condolence for the family of Samuel Arthur McPherson 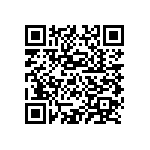