Sandra Jean Herzing Ethridge, 64, of Buxton, died Thursday, January 29, 2015 at her residence. Born in Patuxent River, MD, she was the daughter of Arlene Donahue Williams of Avon and the late Robert C. Herzing and was the wife of Charles R. Ethridge of Buxton. She was a “good friend and known by all.”

Offer Condolence for the family of Sandra Ethridge 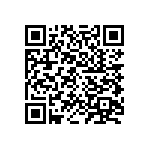