Shirley Irene Ross Cobb, 95, of 3026 West Main Street Extended, Elizabeth City, NC died Thursday, August 6, 2020 at her residence. She was born September 11, 1924 in Columbus, OH to the late Harvey James Ross, Sr. and Lois Gaumer Hay and was the widow of Thomas Braxton Cobb. She was a retired secretary for the Elizabeth City News Company and a member of Blackwell Memorial Baptist Church. She was the granddaughter of the noted Ohio editor and publisher, Charles E. Gaumer.

The family will have a private service. Memorial donations may be made to Blackwell Memorial Baptist Church, 700 North Road Street, Elizabeth City, NC 27909. Twiford Funeral Home, Memorial Chapel, 405 East Church Street, Elizbeth City, NC is assisting the Cobb family. You may express condolences to the family by visiting www.TwifordFH.com.

Offer Condolence for the family of Shirley R. Cobb 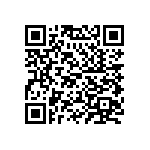