He met and married the love of his life, Jean Rae Henley, on September 15, 1951. They celebrated 69 years together until the Lord called her home on June 13, 2021. Needless to say, he was lost without her.

Stafford was a wonderful storyteller. He had such a memory for the details of every chapter that was written in the book of his life. He grew up and attended schools in Dare County before entering the Coast Guard for a three year service stint. After leaving the Coast Guard, he became a meat cutter for about thirteen years until he answered the call to go preach the Gospel. He packed up his family and moved to Hendersonville, NC where he attended Fruitland Bible College for three years, graduating in 1967. His first pastorate was at East Dillon Baptist Church in Dillon, SC. He also pastored churches in North Carolina and Virginia. His last pastorate was at Rosebay Baptist Church in Swanquarter, NC. After he moved back home to Manteo, along with pastoring, he also owned and operated a small car business, Berry’s Used Trucks and Cars, for which he received a lot of friendly joking.

In his storytelling, the greatest chapter in his book would be that he would always give all the credit for his coming to the Lord and following the call to preach to his wife, Jean. He would say that she was such a wonderful Christian example and such a helpmate to him.

Stafford’s homegoing service will be conducted at 3:00 pm on Monday, June 27, 2022, at Twiford Colony Chapel with Pastors Reggie Parker and Jerald Craddock officiating. A time of visitation will be at 2:00 pm prior to the service. Private burial will take place at Austin Cemetery in Kitty Hawk, NC.

To plant a tree in memory of Stafford or send flowers to the family, please visit www.TwifordFH.com/send-flowers.

Offer Condolence for the family of Stafford Allen Berry, Sr. 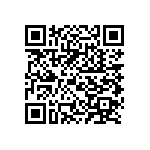