Born on September 4, 1951, she was the daughter of the late Gloria Ward Gold and William Charleson.

Terry enjoyed the outdoors and could often be found with a fishing pole in her hands. She enjoyed bird watching, reading, relaxing under the old pecan tree, shooting pool, and collecting sea glass. Her favorite times were spent fishing with the love of her life, Mike.

In addition to her parents, she was preceded in death by her husband, Michael Dale Rogers; and sister, Cindy Smith.

A funeral service will be held at 11:00 am on Wednesday, August 5, 2020, at Twiford Colony Chapel, Manteo. Private burial will take place at Cudworth Cemetery. The family will receive friends and relatives Tuesday evening from 5:00 pm until 7:00 pm at the funeral home.

Offer Condolence for the family of Terry C. Rogers 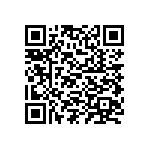