Terry, better known as “Levy” to his East Lake family and “Slammer” to his Shipyard family, was a brick mason by trade but later became employed by the NCDOT – Shipyard in Manns Harbor retiring after 28 years of service. He had a love of playing music and drag racing and he shared that love with many of his family members and friends. His kind heart and joking nature will be missed by many.

Terry is survived by his daughter, Shannon A. Twiddy and husband David of Manteo; two brothers, Irvin Ambrose and wife Willie Mae of East Lake and Willard Ambrose of Virginia Beach; a special niece, Cassie Basnight of East Lake; and many cousins, nephews, and nieces.

In addition to his parents, he was preceded in death by a son, Travis Smith Ambrose; a sister, Thelma Smith; and a brother, Corky Ambrose.

A funeral service will be held at 2:00 pm on Sunday, February 13, 2022, at Twiford Colony Chapel. Burial will take place in the East Lake Community Cemetery. The family will receive friends and relatives for a viewing and visitation Saturday evening from 5:00 pm until 7:00 pm at the funeral home.

To plant a tree in memory of Terry or send flowers to the family, please visit www.TwifordFH.com/send-flowers.

Offer Condolence for the family of Terry Smith Ambrose 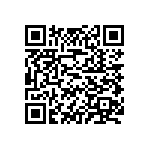