Mr. Markham was born in Camden, NC on March 3, 1954, to the late Thomas Argustus Markham, Sr. and Mary Evelyn Tarkington Markham. He was married 43 years to Linda Mann Markham.

Tommy was raised in Weeksville (Elizabeth City), NC. After starting a family farm with his father and brother, he made his permanent residence in Columbia, NC beginning in 1978. His biggest passion in life was farming. He especially enjoyed spending time with his grandchildren and pets. His other interests included: nature, especially watching wildlife; the great outdoors; hunting and fishing.

A graveside service will be held on Thursday, July 2 at 11:00 at the West Family Cemetery. Rev. Vickie Woolard will officiate. Immediately following the service, the family will receive friends at the residence of Marvin Markham.

In lieu of flowers, please make a donation to your favorite charity.

Offer Condolence for the family of Thomas A. Markham, Jr. (Tommy) 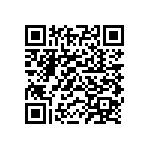