Master Chief T.C. Oneyear was born and raised in Dubuque, Iowa. He attended Holy Ghost, Nativity St. Mary’s, Washington Junior High, and then graduated from Dubuque Senior High. He was the son of Charles (Scotty) Oneyear and Bernice (Wick) Oneyear and had one brother, Clark J. Oneyear, former US Marine and US Army, all of whom preceded him in death. He enjoyed many summers in Galena, IL and Guttenburg, IA with aunts, uncles and grandparents. He played drums in East Dubuque and other locations with Ronnie McDonald and “Truck” Trammell following his graduation from high school.

T.C. joined the United States Navy pursuing a very colorful career of thirty years rising from Seaman Recruit to the top enlisted threshold of Master Chief Petty Officer. During his adventures, he enjoyed many assignments too numerous to list. Some of his favorites were:

• His first of fifteen ships, a real highlight, he commissioned the USS Dubuque LPD8 on which he would serve aboard twice.
• He also commissioned the USS Battleship Iowa BB61. At the time, he was the only sailor that held the Plank Owner on a ship named after his hometown and home state. He was very proud of that, especially being a Master Chief on the Iowa.
• USS Norton Sound AVMI, a forever sea plane tender that was converted to a test ship for numerous Navy projects.
• In between all this, he served as Recruit Training Command Great Lakes where he was a Company Commander Drill Instructor (Pushing Boots). He did that as a First Class and Chief Petty Officer. He was also a Master Training Specialist.
• Another favorite was the USS St. Paul CA73, a heavy cruiser with 8” guns. He served three tours doing gunfire support in Vietnam.
• He also was assigned to an in-country support ship for the Brown Water Navy on the My Tho River where he had the privilege of riding on patrol boats (PBRs).

The Master Chief lived and breathed the US Navy. His every way of life was nautical; from his talk, to the pride to his appearance, his uniform to his home life and his den, which was a mini museum. Only those who really knew him knew how much love and feeling he had for the great Navy. The Navy was more than a career to him, it was a way of life. He was named “Mr. Navy” when he was a Company Commander and displayed that name proudly on his license plate for many years.

After his retirement, the call of the sea knocked on his hatch again as he joined the US Merchant Marines and served as ship’s Bosun. He was again a Plank Owner on USNS Bob Hope and USNS Charlton, which hauled military equipment. He also served on TAGOS ships that did surveillance for Russian submarines and on a drug enforcement vessel. He did this for 12+years. He finally gave up his service on the sea after being diagnosed with diabetes as a result of Agent Orange contamination in Vietnam, or as he called it…, “shore duty”.

He retired in Virginia Beach, VA, lived in Minnesota, and then New Orleans, LA. He finally dropped anchor in Elizabeth City, NC where he and his family enjoyed many years on Quaker Drive on the water. His toy, his pontoon boat, was always in sight. His love of the water, fishing and keeping his quarters “ship shape” kept him busy. He also loved to make knot boards, and anything related to seamanship.

The Master Chief was a former Service Officer for Veterans of Foreign War (VFW) Post 6060 for five plus years. He was a life member of the VFW, Fleet Reserve Association, American Legion, Gamewardens of Vietnam, Naval Special Warfare Development Group, and USCG Chief Petty Officer’s Association.

In the fleet, Master Chief Oneyear will be remembered as a hard, fair, compassionate leader who always looked out for his shipmates. He never forgot that he too started as a half hitch on his path to Master Chief.

“Mr. Navy” has been piped over the side for the last time and has left the ship to go be with the Supreme Commander. He will be missed.

A funeral service will be held at 11:00 a.m. on Thursday, April 19, 2018 at the Sam A. Twiford Veterans Park with the Rev. Dr. Roger Braun officiating. Military honors will be provided by the William Clarence Jackson VFW Post #6060 and the Patriot Guard Riders. Burial will be in Arlington National Cemetery at a later date. Twiford Funeral Home, 405 E. Church Street, Elizabeth City, NC is assisting the Oneyear family. Online memorial condolences may be sent to the family at www.TwifordFH.com.

Offer Condolence for the family of Thomas Charles “T.C.” Oneyear 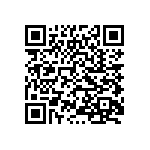