Tyler Edward Luff, 21 of 4013 Timmerman Drive, Elizabeth City, NC died Monday, June 1, 2020 at Sentara Albemarle Medical Center. He was born June 9, 1998 in Elizabeth City to Kyle Edward Luff and Genny McDonald Luff. He was a warehouse loader for City Beverage Company and graduated from Pasquotank County High School in 2016 and was known by many as “TLAWWWW”. He played varsity high school baseball during his four years there.

A funeral service will be held Saturday, June 6, 2020 at 11:00 a.m. at Twiford Memorial Chapel with Minister Brad Giffin officiating. Burial will be in New Hollywood Cemetery. The family will receive friends at the residence.

Offer Condolence for the family of Tyler Edward Luff 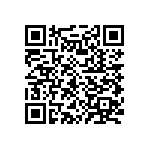