Velma A. Anderson, 87, died Saturday, June 6, 2015 at her daughter’s home in Florida. She was born in Salvo, NC. She was the widow of the late Coy L. Anderson. She is survived by her son, Charles and Carol Anderson of Savannah, GA and her daughter, Carolyn and Ron Dye of Port Richey, FL; two brothers, Kendall Whidbee of Elizabeth City, NC and Earl Whidbee of Salvo, NC; two sisters, Irene Midgett of Camden, NC and Jean Hooper of Salvo, NC; four grandchildren, seven great-grandchildren, and several nieces and nephews.

Mrs. Anderson was a member of Riverside United Methodist Church in Elizabeth City, NC for 58 years, a long time Kindergarten Sunday school teacher, choir member and a member of the United Methodist Women. She loved raising money for the Church, especially selling BBQ chicken dinner tickets. She was a homemaker and sold Avon for over twenty years.

A funeral service will be held Thursday, June 11, 2015 at 11:00 a.m. at Riverside United Methodist Church, Elizabeth City, NC. Burial will follow in West Lawn Memorial Park Cemetery. The family will receive friends from 6:00 p.m. until 8:00 p.m. on Wednesday at Twiford Memorial Chapel. Flowers are welcome, or contributions may be made to the Riverside United Methodist Church Building Fund, P.O. Box 1693, Elizabeth City, NC 27906. Twiford Funeral Home, Memorial Chapel, 405 E. Church St., Elizabeth City is assisting the Anderson family. Condolences may be expressed to the family at https://www.twifordfh.com.

Offer Condolence for the family of Velma Anderson 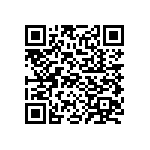