Wanda Supinsky Haggerty, age 83, of Moyock, NC died Tuesday, January 13, 2015 at Sentara Barco Nursing Center.  Wanda was born in Cecil, PA to the late John and Julia Supinsky and was the wife of William “Bill” Haggerty.  She was a veteran of the US Air Force.

In addition to her husband, she is survived by a son, Robert Haggerty and his wife Carol-Ann of Tampa, FL.  She was predeceased by a son, Gary Haggerty.

No services are planned at this time.  Twiford Funeral Home, Memorial Chapel, 405 E. Church Street, Elizabeth City, NC is assisting the Haggerty family.  Condolences may be expressed to the family by visiting twifordfh.com.

Offer Condolence for the family of Wanda Haggerty 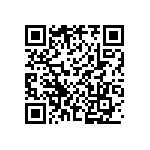