Wilbur A. Culpepper, 86, of 1503 Crescent Dr., Elizabeth City, NC died at his residence Saturday, December 22, 2007. He was born in Elizabeth City, NC to the late Luther B. Culpepper, Sr. and Glennor Murphy Culpepper and was the husband of Bessie Newby Culpepper. Mr. Culpepper was a retired rural mail carrier, a member of the First United Methodist Church, a former member of the B.P.O. Elks #856 and E.C. Lion’s Club. He served for many years as a BSA Scout Leader for Troop #153, also served as a member of the E.C. Housing Commission, and Pasquotank County Board of Elections. Mr. Culpepper served our country during World War II in the U.S. Navy.

Offer Condolence for the family of Wilbur Culpepper 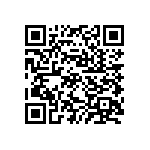