Wildon attended the Manns Harbor School through the 9th grade and then attended Edwards Military Academy. He returned home and graduated from Manteo High School with the Class of 1949. He joined the United States Air Force in 1950 after the start of the Korean War and was a Staff Sergeant with the 47th Squadron of the Air Police in Sculthorpe, England. He served under Col. David Jones, who was with the Doolittle raid on Tokyo. Wildon was proud to be an American who was able to serve his country. Following his enlistment, he attended Chowan University, worked as a surveying engineer for the National Park Service and retired from the Air Force Bombing Range as Range Supervisor in 1995. He loved the water and spent many years commercial fishing with the family business. Wildon was a lifelong member of Mount Carmel United Methodist Church, where he served in many offices. He was a member of the Masonic Lodge for more than 50 years.

A memorial service will be held on Saturday, July 11, 2015 at 3:00 pm at Mount Carmel United Methodist Church with the Rev. Gerald Craddock and Rev. Charles Daly officiating. The family will receive friends at the fellowship hall following the service.  Friends are invited to visit at the home this week prior to the service.   Donations may be made in his memory to Mt.  Carmel United Methodist Church.

Twiford Funeral Home, Manteo, is assisting the family with arrangements. Condolences may be expressed at www.twifordfh.com.

Offer Condolence for the family of Wildon Craddock 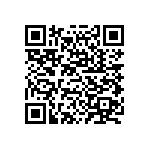