Bill was born on the Blue Ridge Parkway in Laurel Springs, NC on August 8, 1940, to the late Reo and Clara Miller. He spent his youth in West Jefferson, NC before attending North Carolina State University where he received his B.S. in Physics in 1962.

Bill was a career engineer with the National Aeronautic and Space Administration (NASA), Langley Research Center. During his more than 40 years with NASA, he held numerous positions including Research Engineer, Project Engineer, Instrument Manager, and Branch Manager. He first served as consultant on radiation and flight projects for the Explorer series and Viking where he was recognized as a NASA expert in development of monolithic detector arrays. He was responsible for the development of eye safe, solid state laser and Lidar systems for the global remote sensing of winds, one of the Agency’s top priorities. He was honored with numerous individual and group awards and patents including the NASA Exceptional Service Medal for Engineering Excellence for the Haloe Occultation Experiment that was launched on Space Shuttle Discovery in 1991 and continued to provide global scale data on ozone and other key trace gases needed to study middle atmosphere ozone depletion until 2005.

Although the mountains of North Carolina were his first love, he chose to retire at Ocracoke where in the early years he enjoyed surf fishing and night star gazing. The quiet beauty of the island and the kindness of its residents brought him great pleasure, as did his evening gin and tonic, his love of reading, and visits from his children and sister.

Per his wishes, there will be no funeral service. A family and friends gathering will be held in late September at his family cemetery in Ashe Co., NC.

The family suggests donations in Bill Miller’s name be made to the Ocracoke Preservation Society, PO Box 1240, Ocracoke, NC 27960.

Offer Condolence for the family of William “Bill” E. Miller 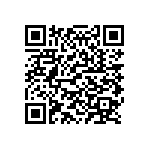