William Edgar “Fish” Sawyer, age 74, of 102 Spruill Drive, Elizabeth City, NC died Friday, June 26 2015 at his residence. He was born July 21, 1940 in Pasquotank County to the late Bailey Hales Sawyer and Ruby Hughes Sawyer and was the widower of Addy Christine Sawyer. Mr. Sawyer was a retired automotive mechanic and an active member of the Elizabeth City Loyal Order of the Moose Lodge 1847. He was a loving father and grandfather.

A memorial service will be held Monday, June 29, 2015 at 3:00 p.m. at Blackwell Memorial Baptist Church. Memorial donations may be made to the William E. Sawyer Memorial Fund at any North Carolina State Employees Credit Union. The family will receive friends at the residence of Kristie Forbes, 678 Body Rd., Elizabeth City. The Sawyer family is served by Twiford Funeral Home, Memorial Chapel, 405 E. Church Street, Elizabeth City, NC. Online memorial condolences may be expressed to the family at https://www.twifordfh.com.

Offer Condolence for the family of William E. Sawyer 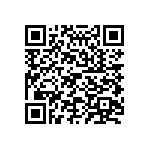