Boilermaker 1st Class William Eugene Blanchard, USN, 24, was killed on December 7th, 1941 during the Japanese attack on Pearl Harbor.  BMKR1c Blanchard was one of 429 crewmen that died aboard the battleship USS Oklahoma, which was moored at Ford Island, Pearl Harbor after sustaining multiple torpedo hits causing the ship to quickly capsize.  The loss of life sustained by the USS Oklahoma is only surpassed by the loss of life sustained by the USS Arizona.  The remains of BMKR1c Blanchard were positively identified on January 4th, 2021 through DNA testing and will be interred in the New Hollywood Cemetery, Elizabeth City, NC.  He was awarded the Purple Heart Medal, American Defense Service Medal and World War II Victory Medal posthumously.

In lieu of flowers, the Blanchard family humbly requests that donations are made to the Department of Defense POW/MIA Accounting Agency (DPAA), the organization that enabled BMKR1c Blanchard’s remains to be positively identified, so they may continue their remarkable work for other families. Please follow: https://www.dpaa.mil/Contact/Donate-to-the-Mission/ to give.

FYI:  On 7 December 1941, when the Japanese attacked Pearl Harbor, Oklahoma was moored in berth Fox 5, on Battleship Row,[31] in the outboard position alongside the battleship Maryland.[32] She was immediately targeted by planes from the Japanese aircraft carriers Akagi and Kaga, and was struck by three torpedoes. The first and second hit seconds apart, striking amidships at approximately 07:56, 20 feet (6.1 m) below the waterline between the smokestack and mainmast.

Offer Condolence for the family of William Eugene Blanchard 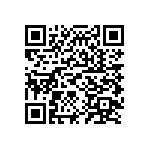