William Edward Nolan, 80, of Elizabeth City, NC died Wednesday, January 14, 2015 at Sentara Albemarle Medical Center. Born in Plankinton, SD, he was the son of the late Edward and Charlotte Twohig Nolan and was the husband of the late Jean Shannonhouse Nolan. Mr. Nolan was a veteran of the United States Coast Guard. He was an avid lifelong UNC Tar Heel fan and particularly loved March Madness. Mr. Nolan was a past member of the Jaycees.

A graveside funeral service will be held on Monday, January 19, 2015 at 11:00 a.m. at West Lawn Memorial Park with the Rev. J. Victor Gournas officiating. The family will receive friends Sunday evening from 7:00 p.m. until 8:30 p.m. at Twiford Memorial Chapel and at other times at the residence of Mark and Brenda Nolan, 204 S. Ashe Street, Elizabeth City, NC. Memorial donations may be made to the SPCA of Northeastern North Carolina, P.O. Box 1772, Elizabeth City, NC 27906. Twiford Funeral Home, Memorial Chapel, 405 E. Church Street, Elizabeth City is assisting the Nolan family. Condolences may be sent to the family at www.twifordfh.com.

Offer Condolence for the family of William Nolan 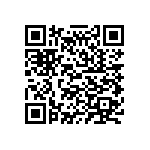