William H. Woolman, II, 66, of Manteo, NC died on Monday, January 19, 2015 at his home. Born in Trenton, NJ, he was the son of the late James Henry Woolman and Mildred M. Bauer. Mr. Woolman served his country honorably in the United States Marine Corps having fought in the Vietnam War including the Battle of Khe Sahn. He then retired as a chemical operator in the pharmaceutical industry.

A memorial service will be held in Delaware at a later date. Burial will be private.

Offer Condolence for the family of William Woolman II 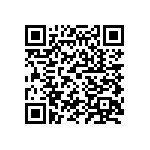