Born in Manteo, NC on December 17, 1927, he was the son of the late Ruth Partridge Midgett and Mahlon Midgett.

A veteran of the Korean conflict, World War II, and Vietnam, he served his country proudly with the United States Navy for over twenty years. After retiring, he worked at Old Dominion Tobacco Company until 1989, when he retired to Colington, NC.

Offer Condolence for the family of Zeblin Vance Midgett 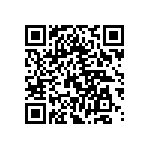